THE KNIGHTS OF COLUMBUS

In 2015, the Knights of Columbus set a record in charitable giving for the 17th consecutive year. Their charitable donations increased from 2014 by more than $1.5 million to a new total exceeding $175 million. In addition, they achieved their highest level of charitable service in 2015, volunteering more than 73.5 million hours of service. The number of service hours contributed by Knights rose in 2015 by more than a million over the previous year’s total.

Mutual aid and assistance are offered to sick, disabled and needy members and their families. Social and intellectual fellowship is promoted among members and families through educational, charitable, religious, social welfare, war relief and public relief works. 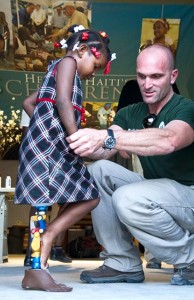